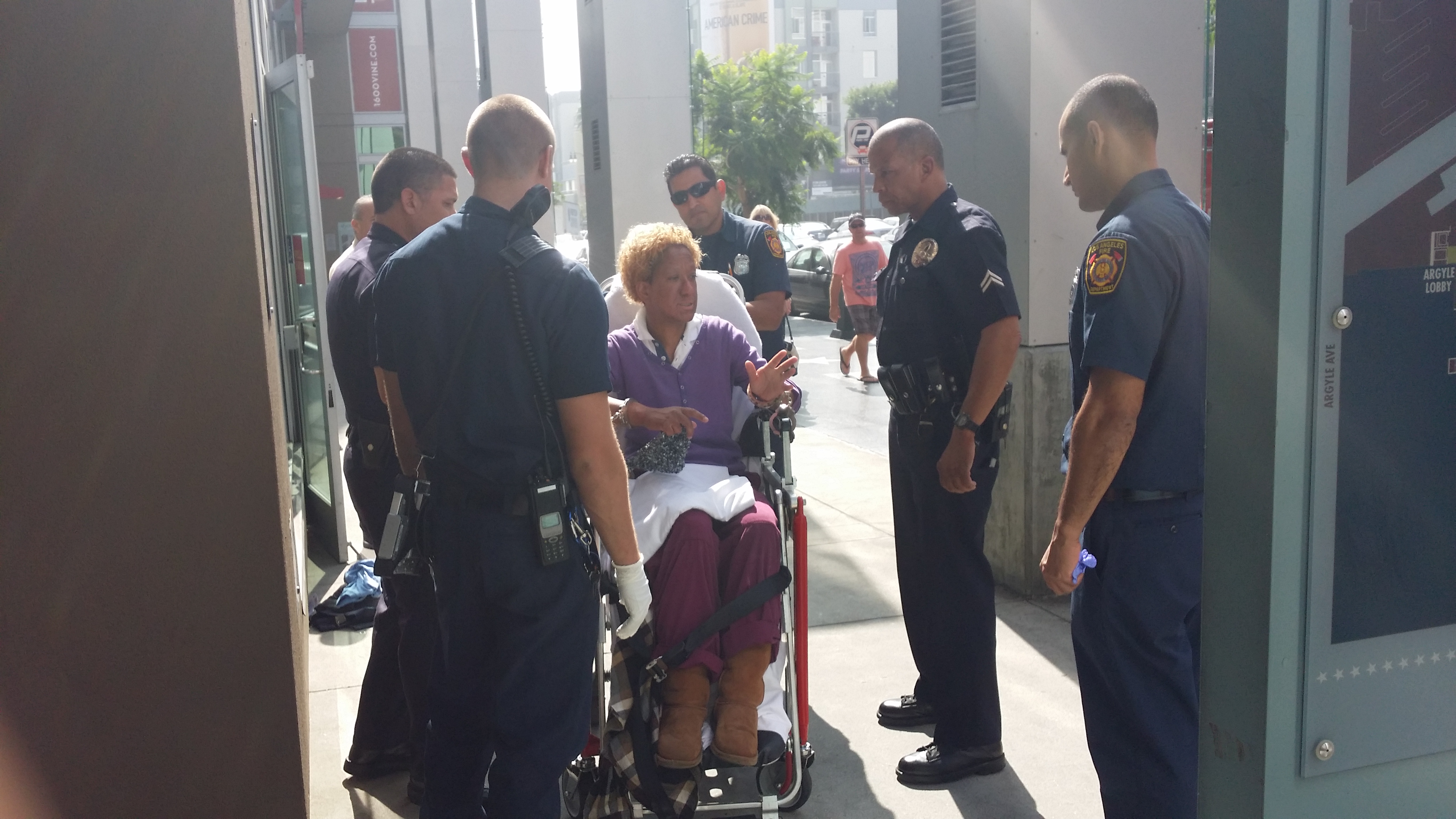 Scientology Guards in Hollywood on Vine Street Detain a Woman – Is She Guilty?

(SwordPaper) My trip to go record my weekly radio show was delayed when I saw a woman running down the street, and being chased for a block-and-a-half by Church of Scientology personnel. – So I recorded this incident 1st.

The first video is something like a preview of my raw footage by Scientology Investigator www.AngryGayPope.com

Scroll down to watch the videos below 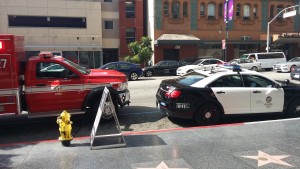 From what I know from questioning the police, the paramedics and what little I got from the Security Officer identified by other YouTubers as Franc Paolo, the woman being detained attempted to slap a “Tour Guide” from the L. Ron Hubbard Life Exhibition.

But this attempt at battery was unsuccessful, even verified by the alleged victim herself who says she narrowly escaped injury by dodging the blow and also refused medical attention.

These Scientology security personnel then chased this woman for a block and a half and pulled her out of a Wells Fargo bank to detain her for the police.

In the video she shows up at the end to give a statement to the police and shows no signs of injury or distress.

“Scientology Security Guard Franc Paolo subdues a person of interest near Hollywood and Vine streets. Footage recorded by Hakeem Alexander who did a wonderful job and is actually better looking and stronger than the Angry Gay Pope, and I’m 6’2″ 210 lbs. Too strong looking for the guards to threaten him for recording the incident. It helps when being a modern videographer to be larger than your often aggressive subjects.” – Angry Gay Pope [YouTube]

This next video is my raw footage of this incident. 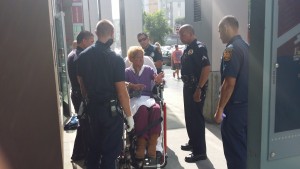 I actually arrived just in time to see her running down Hollywood Blvd. on the south side of the street heading east towards Vine and then turning south on Vine towards Sunset.I was on the north side and crossed over and she ran right in front of me.

Seconds later, the security officer identified as Franc Paolo was running after her.

But she ran down an alley which was a big mistake because it is behind the Hollywood Education and Literacy Project which is run by Scientology.

Shortly after that, the 2nd security officer was seen pushing and grabbing the woman, and she ran into traffic towards Wells Fargo bank.

At 1st I went into Trader Joe’s to get some food when she went into the bank thinking they would let her be.

But when I came out 5 minutes later, they had her up against the wall, I was concerned for the woman and how she was being handled; and though I would have liked to physically intervene, I decided it was time to document it and confirm that LAPD was in fact on the way instead.