(SwordPaper) On January 29th 2015, “Scary” Cary Singman, the lead guitarist from an awesome band called The CHIMPZ invited me to join him and The CHIMPZ drummer Sean Topham to the Attika 7 show at Whiskey A Go Go in West Hollywood.

There is a LIVE video of the new song Darkest Day by Attika 7 below!

photo by Robert John on PopMusicLive 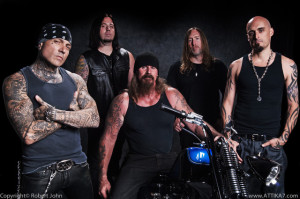 The CHIMPZ have had at least 3 of their songs featured in the show Sons of Anarchy, and ATTIKA 7 guitarist and biker, Rusty Coones had also been featured in that same show.

The show was definitely one of those great experiences featuring some outstanding performers in Attika 7.

The music was quite original, engaging, and wonderfully heavy, and is definitely an act I highly recommend that you see when you have the opportunity. 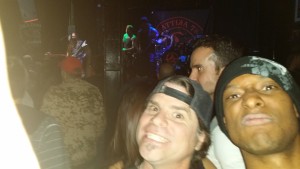 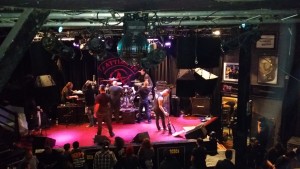 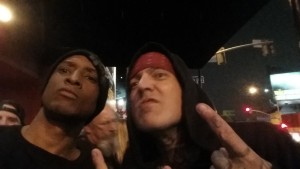 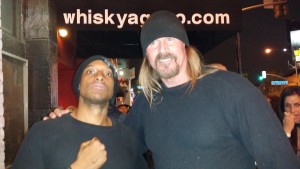 Attika 7 closes the show with their new song “Darkest Day”