(SwordPaper) Inner fear can be your worst enemy. There is a Politics of Silence, keeping quiet the voices of truth and reason. Deeply and fully, you know this. But when are you ever going to wake up, and speak out?

Never has there been any election where it was vital to make sure to vote for anyone other than the Two prime corrupted Lesser of Two Evils paradigm. – René Cabrera

With my academic training and professional experience being in Hypno-Analysis, and helping people to be free from mind-control, I have a unique perspective into a disturbing part of our reality.

The current state of politics in the United States of America proves that over 75% of adults have already been unsuspecting victims of malicious, covert brain-washing.

Regardless, of the bought and paid for, unethical and rigged nature of how the the two main party candidates got where they are, the United States public in general simply goes along with it.

Willing to elect what they think is “the lesser of two evils” when we really do not have to vote for “evil” at all.

You have successfully been brain-washed in this case, when you  believe there are only these two choices, when the other choices are right in front of you.

Why play dead when soon you will be. This is a deadly game, and those who do not exercise their rights will find themselves the victims of a lethal capture system.

The two party trap that so many have fallen into, is a slow, agonizing death of truth and liberty.

The parties other than the Republican’ts and the Democraps are not invisible, or silent. Green is the most abundant color in nature, and liberty is for all.

It is you who have decided to be voiceless and blind.

And it is only you, who can make the choice to be seen and heard. 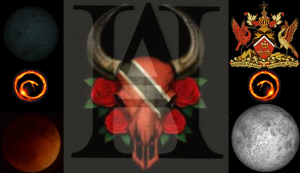